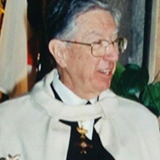 Taken directly from a the post by KTOA Grand Prior T. Bryant Jones. For more information please feel free to contact us at the Banner News or the OSMTJ directly at Info@OSMTJ.net

Originally posted to the Knights Templar of America Facebook page that was recreated for membership use following the original page’s removal.

North Canaan, CT – The Knights Templar of America, the U.S. chapter of the Ordre Souverain et Militaire du Temple de Jérusalem (OSMTJ), exists to support men and women as they live lives as they live lives for Christ in their own communities. But while Christians around the globe face unprecedented persecution, the KTOA now finds itself the recipient of persecution itself from Facebook.

“On Tuesday, September 24, I logged into Facebook as I often do, and found that our primary page, established for communication for more than 1,600 members, was removed, without any warning or previous contacts, from Facebook,” said Bryant Jones, Grand Prior (National Leader) for the not-for-profit, ministry organization. “We have a number of trusted admins on the page who are very engaged. On the rare occasion when something is posted that is against our rules, which are stricter than Facebook policies, we take immediate action to remove the content. I am just flabbergasted that Facebook would erase the years of history and supportive conversation without even a notice or comment.”

The Knights Templar of America has strict policies against the denigration of any other religious groups, or the support of any violence against such groups. The policy is sweeping across the entire organization and violation of it results in suspension of membership. This KTOA believes the battle they wage is “not against flesh and blood” as stated in the Holy Bible, Ephesians 6:12.

“In seven years, our Facebook page has never been issued a single warning. When it was removed, we received no reason or any reply to more than 50 support tickets submitted to Facebook which asked for restoration and answers,” said Jones. “We can only surmise this action against us is a direct persecution of Christians from Catholic, Protestant and Orthodox congregations. Facebook has left us no choice but to find another platform that aligns with our values so that our men and women can continue to pray for one another, encourage one another in the faith and act as the unified church of our Lord and Savior, Jesus Christ.”

The Knights Templar of America, part of the Ordre Souverain et Militaire du Temple de Jérusalem, translated as the Sovereign Order of the Military of the Jerusalem Temple. The Knights Templar are a Christian (Catholic, Protestant, and Orthodox) fraternal and chivalric Order. We have no Masonic or political affiliations. We are ecumenical meaning we are not affiliated with any single denomination but represent all of Christendom. To learn more, visit www.theknightstemplar.org.

For reference, the original group URL was