Why do we say Merry Christmas?

The earliest known use of the term “Merry
Christmas,” dates back to 1535 when Bishop John Fisher used it in a letter to
Thomas Cromwell, King Henry VIII’s chief minister. Not long after that the English
song, “We Wish You a Merry Christmas” was written, and the older term, “Happy
Christmas,” was all but forgotten, except by the British Royal Family. But the reason “merry” was likely used
by Bishop Fisher, and why it has become so popular, is because being merry has
to do with one’s attitude, not merely a state of being. Being merry denotes a
sense of merriment and festivity. By remembering the true meaning of
Christmas we should be joyful, which is another word for merry.

This somewhat archaic expression has a meaning like ‘Look! That is astonishing!’ It first appeared in English between the 8th
and 11th centuries in the
anonymous epic poem, Beowulf,
at the beginning of Chapter XXIV:

“BEOWULF, SON OF Ecgtheow, then spoke: ‘Lo and behold!’”

But both of these words were used in conjunction in the Holy
Scriptures. A similar context is found in the 1611 King James Version of the Old
Testament scripture text of Genesis
15:3, attributed to Moses about 3000 BC in words quoted as being spoken by
the patriarch Abraham even earlier. “And Abram said, Behold, to me thou hast given no seed: and, lo, one born in my house is mine
heir.”

The
mighty workings of God are truly something to behold! All we need to do to see
the presence of the Almighty is to look at all he has created and how complex
it is.

This modern metaphoric expression is applied to
someone who is content with their present situation, and is likely used sarcastically
in the negative more than the positive. In spite of numerous claims that it
originated on a 1982 episode of Silver
Spoons when Ricky (Schroder) and his grandfather went on a camping trip,
there are two flaws in this. First, it was already in use at least a year
earlier; second, the Silver Spoons
use is a literal reference to camping. Though it is likely that in a literal sense it
started in summer camps earlier, the first citation of the phrase ‘happy
campers’ in a non-camping context is from an article by David Bird in The New York Times regarding homeless men
in 1981:

“It
is not a group of happy campers that
gets off the bus.”

There’s an old classic bluegrass gospel ballad which was
popular long before the introduction of this phrase. It was written in the 1930s
by E.M. Bartlett and Albert Brumley and originally recorded by the Chuck Wagon
Gang in February 1951 titled Camping in Canaan’s Land.

Don’t bury your head in the sand

This metaphor means not to try to avoid the inevitable,
especially danger, by pretending it doesn’t exist. The root of this comes from
a story written by philosopher Pliny the Elder (23-70AD) in Ancient Rome
suggesting that ostriches hide their heads in bushes. Later it was claimed that
they hide their heads in the sand and that they think if they can’t see people,
then the people are not able to see them. On Friday evening, 11 June 1858, Charles Spurgeon, one of the
most influential ministers of his day, used this illustration in his rousing
sermon, ‘A Free Salvation’ on the Grandstand at Epsom Race-Course in London:

“Did you ever hear of the ostrich? When
the hunter pursues it, the poor silly bird flies away as fast as it can, and
when it sees that there is no way of escape, what do you suppose it does?

The word ‘mark,’ since the twelfth century, has been used by
writers and in conversation to mean ‘heed.’ The earliest example of “mark my
words” known is in Coverdale’s 1535
translation of the Bible, Isaiah 28:23:

“Take hede, and heare my voyce, pondre
and merck my wordes wel.”

This is also used as ‘mark my word,’
but in every case the speaker intended for the hearer to pay close attention,
because what he or she was saying was most definitely true, in the speaker’s
opinion, and usually a prediction of something certain to happen because of the
chain of events which had already transpired. The Bible is the holy Word of God, and
in these troubled times, we should all be closely heeding what it says. Dous Vult,

Have a date with destiny

This is a cliché for an inevitable future event or encounter
which will likely prove to be of momentous importance or significance. The
earliest known printed citation is found on page 84 of Forensic of Pi Kappa Delta, March 1939, in an article by Rhodes
Scholar Jack Heires, Yankton, South Dakota:

“Whether or not we have a “date with destiny” we know that it will
require the mobilization of all of the facilities to cope with the problems of
this perplexed world into which we shall graduate.”

Note the quotes, signifying that it had been in use
previously, at least in speech. It was famously used by highly respected United Methodist
pastor, Rev. Ralph W. Stockman, in his 1943 address given before the American
Association to Promote Teaching of Speech to the Deaf which was titled “Our
Date with Destiny.” A book titled Date
with Destiny: A Preamble to Christian Culture, The Forbidden Lectures was
published in January 1944. After this,
use of the phrase spread to all facets of American society. All of humanity has a date with destiny at the close of this
life.

At the eleventh hour

A modern example is that of newscaster
Natalie Morales, who, on NBC TV’s Today Show on the morning of Friday, December
16th, 2011, announced, “An eleventh hour deal has been reached to
avoid a government shutdown ahead of tonight’s midnight deadline.” The deal,
however, proved short-lived and it was ‘back to the old drawing board.’

After Jesus conversation with the
Samaritan woman at the well in which he told her of her life and how the Living
Water would satisfy her longing, in John 4, His disciples admonished Him to get
something to eat. He told them He had food to eat, and that it was to do the
will of His Father. Then in verse 35, He told them that their saying, “It’s
still four months until harvest” was no longer true. “I tell you, open your
eyes and look at the fields.

This old adage means to remain optimistic about something
when all the odds are against it. It is based on the New Testament letter of
the Apostle Paul to the Romans, 4:18:

“Against
all hope, Abraham in hope believed and so became the father of many nations…”

In one of the first known printed examples, Robert Hall, MA,
used it in an address to Rev. Eustace Carey on January 19, 1914 ‘on his
designation as a Christian Missionary to India.’ It is found on page 15:

“Hence the absolute necessity of a
vigorous faith in the promises of God, respecting the future renovation of
mankind, which will support you amidst the greatest discouragements, prompt you
to hope against hope…”

Beginning in the
1840s it became very popular and was used in scores of sermons, books, poems,
etc. Trusting
God means that we have faith in Him no matter what is happening around us. Being members of this Holy Order means that we have likeminded brothers and
sisters who are here for us and will remember us in prayer. nnDnn,

Always has been, always will be

Traditionally following, “Life is what you make
it”, this saying is often used in other contexts. It has been prefaced by lines
like, “it’s up to you,”  “It’s all you,”
or “Meaning is important.” The earliest known example in print is fromThe Medical
Profession; its Position and Claims: A discourse delivered Sabbath evening,
December 28th, 1856, in the First Congregational Church, Middletown, Conn.,
occasioned by the death of David Harrison by Jeremiah Taylor published in
1857:

“…the largest
demand for those who devote themselves to the art of healing the
diseased; always has been, always
will be…”

Our God has always been and always will be. He is
the reason there is an eternity. From the beginning to the end, the Bible
speaks this truth. In Genesis 21:23, Abraham planted a tree at Beersheba and “called
on the name of the LORD, the everlasting God.” (KJV)

This old English proverb was most likely first
recorded in The National Miscellany, ‘A Magazine of General Literature,’ published
in London in January, 1853, in a story titled ‘The Pawnbroker’s Window’ on page
83. It had likely been very recently coined, as it appears in quotes. It means
that when trying times arise, a person is likely to become associated with individuals
which he or she has previously considered off-limits, and that sometimes
solutions to problems come from the most unexpected sources. Here is the quote:

“‘Adversity
makes strange bedfellows’
that
window is full of biographies, of lives, of histories of men, aye, and of sad
histories too. No shop window has so much to tell.”

God does work in mysterious ways. 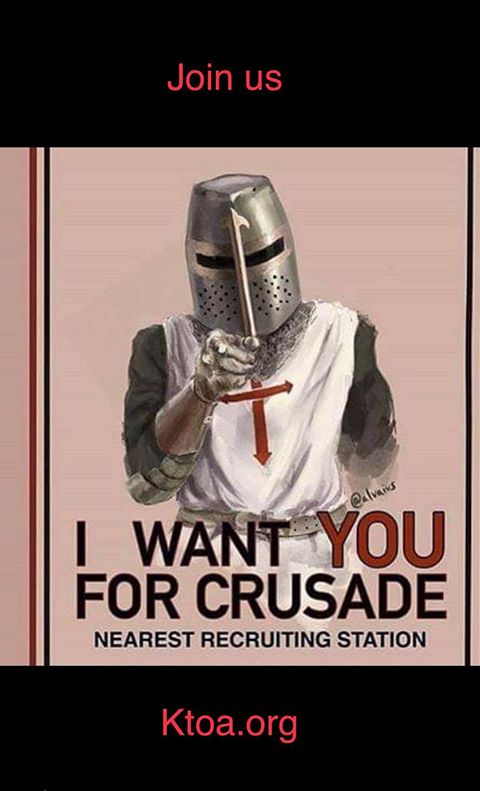